Freedom in Painting in Porthleven- May Course 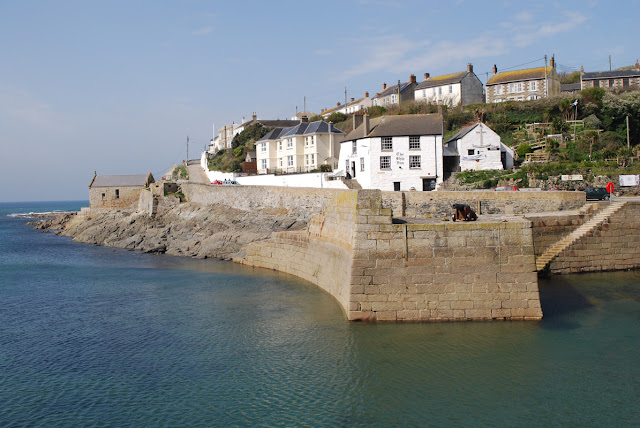 The latest 'Freedom in Painting course was recently held at the Old Lifeboat House in Porthleven, Cornwall - a stunning location at the head of the harbour (left above). It was a very intense and very enjoyable week that ended with a one day exhibition,  where we received over a hundred visitors during the day.

The eight artists met up on Saturday and set up the studio space before returning the next morning for our first drawing session around the harbour. But there is always a twist: before leaving the studio I asked the group to place a vertical line on 20 pages in their sketchbooks in different positions, including some on the Golden Section. The aim was to find different ways to use that line in the landscape.....the exercise resulted in some very strong and inventive drawings. 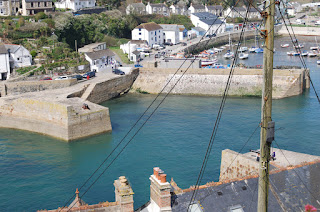 The idea of 'The Intruding Line' continued in our first painting session after lunch: the artists were asked to put two structural lines on their canvas on the Golden Section- one vertical and one horizontal. The antithesis of 'freedom' perhaps - I was not the most popular person in the room! - but the artists could choose whether to go with the lines or against them.... 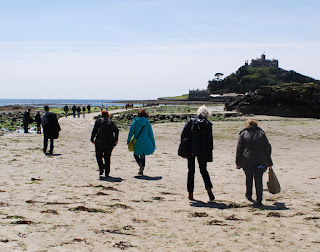 There was another, shorter, drawing exercise on Monday morning and a full-on painting day working from the studies. We ended the day with an invaluable, informal group critique before retiring to the Ship Inn next door for a well earned drink and delicious food.  During the day there was also a discussion on time, tide and movement in painting in preparation for the Tuesday morning visit to Marazion. We saw the causeway uncovered and walked across to St.Michaels Mount and as the tide receded we saw some astonishing colours. 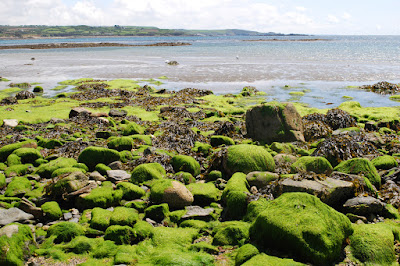 In Marazion we also visited a some galleries, including the Summerhouse Gallery and the Market House Gallery, which specializes in 20th Century and contemporary Cornish painting which further inspired our artists. The trip to Marazion proved to be a great success and one that we'll repeat on future courses.


Denise joined us for the day and once again took some great photos.

By now, each of the artists had found their own direction and the paintings started to take off. There was a fantastic work ethic with the artists often working late and coming in early. Hats off to Joy for putting in a 6 a.m.appearance! 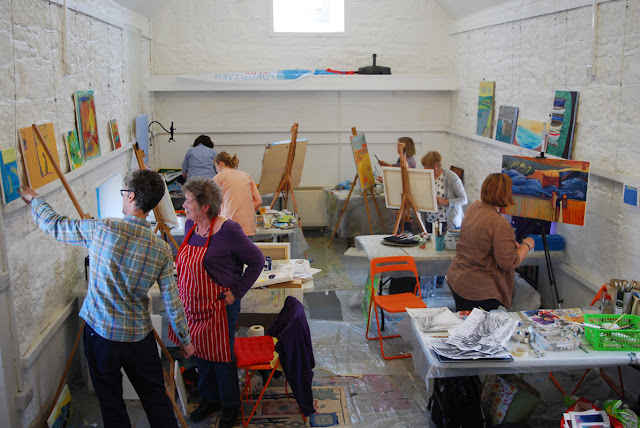 In keeping with the idea of 'Freedom' the group collaborated on two paintings, a large piece (below left) and a small canvas where we took it in turns to push the painting forwards. Both pieces were exhibited in the exhibition and Carol was the lucky winner after we drew lots for the very desirable small painting! 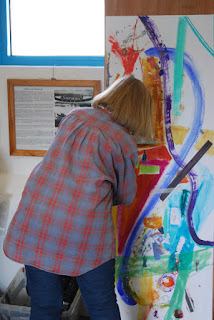 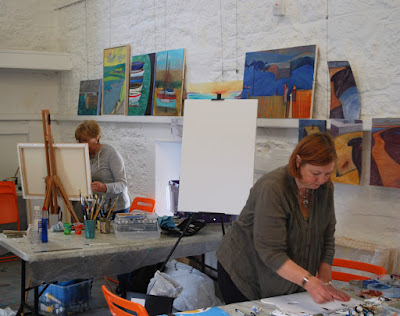 We painted until midday on Thursday - though Elizabeth continued battling with her piece. There is always one!  The studio was then transformed into a gallery during the afternoon and as always it was a revelation seeing the quality and quantity of work produced over the last few days.

Finally the doors were opened- the evening Preview was a great success (with a few sales) and afterwards, as per tradition, the artists went out for a celebratory meal at Amelie's Restaurant nearby. 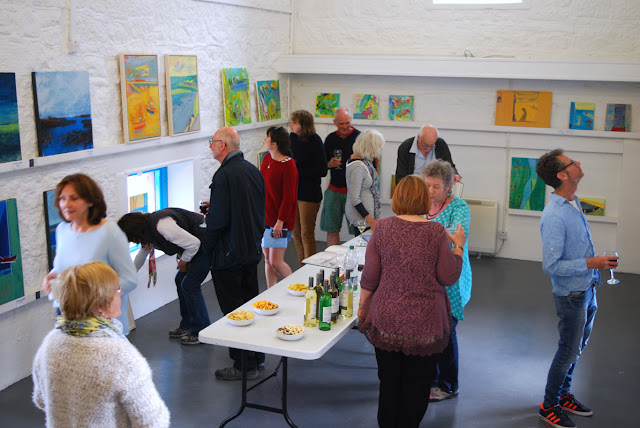 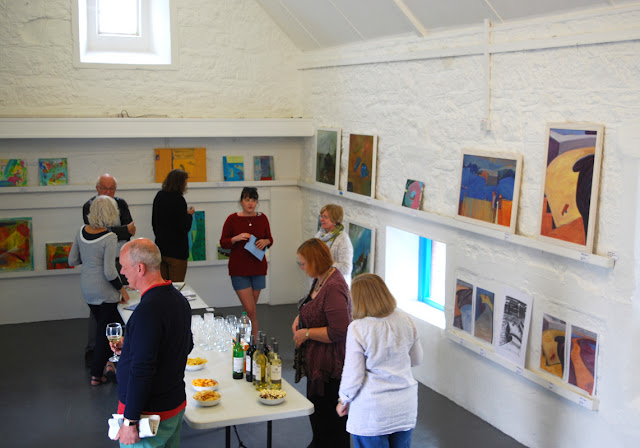 'I really think the course has moved me forwards. Ashley devotes himself totally to each learner.'
Hazel Crawford

'.....Ashley his usual encouraging and constructive self. I thoroughly enjoyed the course and hope to be back next year'
Mitzi Delnevo